Skip to Content
We're gearing up for another Code of BTV Hackathon. This one is especially close to our 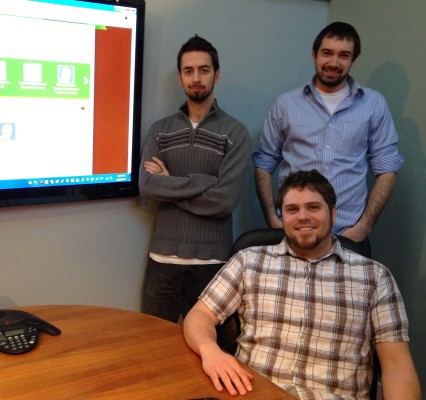 hearts as we'll work with our friends involved with the Vermont Farm to Plate Network at NOFA Vermont's Winter Conference this weekend.

Our Work in Sustainable Agriculture

Vermont Design Works has worked with local food producers and the farm to plate movement before we had a label for it. In 2000, our company launched with a big splash on a campaign for Ben & Jerry's -- back when B&J's was our best known value added food producer. Since then, we've worked with the Center for an Agricultural Economy, Franklin Foods, New England Culinary Institute, and many others who are at all points along the farm to plate chain. We became fully aligned with food systems once we started with with Vermont Sustainable Jobs Fund. We were already working with them when, in 2009, they were tasked by the Vermont Legislature to develop a statewide strategic plan for the Farm to Plate Investment Program. What followed next would be a game changer for all of us.

Farm to Plate strategic plan is so much more than a bound report. It is a working network across the state and a dynamic resource for all aspects of Vermont's agricultural economy. VSJF realized that to best facilitate this process as well as to engage farmers and consumers, they needed an online "home" for everyone. Over the past two years, VSJF and VDW have built a true partnership to continually improve and evolve the Vermont Food Systems Atlas into a robust web application. The Atlas is far beyond a website. As Donna Bepler, VDW's Director of Operations explains, "It is a central hub of information to facilitate the collaborative effort to improve our food systems. We see our role as the technical champion of the Atlas."

Here's where we'll get technical (briefly) in this post. As we move forward with VSJF to build new features in the Atlas, we see more opportunities to share this information with others. Our goal for the hackathon is to begin building an API (Application Programming Interface) to feed Atlas information to other websites. The need for an API is best explained by VDW's Director of Web Development, Ben Glassman who says, "By creating a programming hook for other websites, the API makes the Atlas data available to others in the field. It will strengthen the Atlas' position as the "go to hub" for all information related to an agricultural economy. In the end, the public will have greater access to this information to build a stronger food system."

See You at NOFA-VT's Conference

As we join our friends at the NOFA-VT and Code for BTV workshops, we encourage other civic hackers to join us. Walk ins welcome on Saturday when the hackathon kicks off with a roundtable discussion.

Join a round-table discussion with other organic enthusiasts, farmers, gardeners, consumers, and technologists to explore ways that technology can be used to develop an economically viable and ecologically sound Vermont food system. Volunteers with Code for BTV, a Code for America Brigade, will be participating in a food systems hackathon that coincides with the NOFA-VT Winter Conference.

After this, the games begin! Watch VDW's Twitter and Facebook feeds as we send updates throughout the weekend on our hackathon experience.