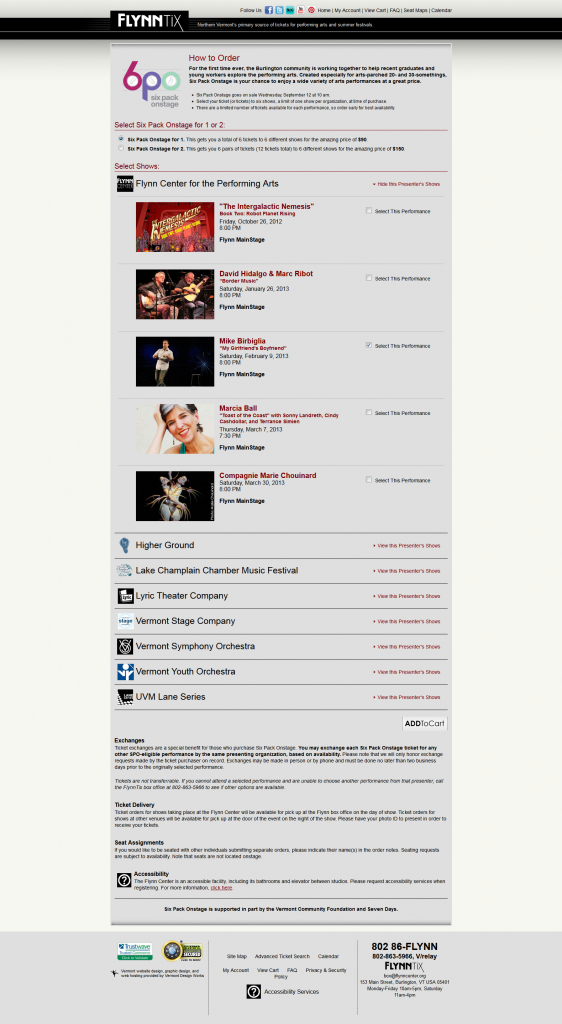 Our longtime client FlynnTix recently approached us to help them build a splash page/ordering system to support a new ticket package promotion they're running for the first time. The promotion, known as Six Pack Onstage, launched last week and is a community effort geared toward getting the Burlington area's young professional community interested in and enjoying the performing arts at a variety of local venues:

For the first time ever, the Burlington community is working together to help recent graduates and young workers explore the performing arts. Created especially for arts-parched 20- and 30-somethings, Six Pack Onstage is your chance to enjoy a wide variety of arts performances at a great price.

My hunch is that the intention is to make this an annual offering. There's already a good amount of interest, enough that they even started a separate Six Pack Onstage Facebook page which has already been "Liked" 67 times. As you can see in the screenshot to the right (click to enlarge) there are 8 separate presenters offering various shows at a number of different venues. To purchase, users select 6 shows - each from 1 of the 8 different presenters, so customers will be exposed to just about everything from comedy shows and orchestras to musicals and plays. The 6 Pack Onstage presenters include: Vermont Symphony Orchestra's site actually has a dedicated page about the promotion and offers a few more details:

Oddly that page, as well as LCCMF's and VYO's dedicated page don't seem to have been indexed by Google yet, so feel free to drop us a line to discuss your SEO options guys (wink). I'm only half joking when I say that really, because those pages have been up for several days so they really should be indexed, even if they weren't ranking well. It looks to me like these new pages haven't been added to sitemaps, something we set up automatically on our sites so that Google is regularly notified of all new pages to crawl. I often see our own blog posts indexed and ranking within minutes. Also, given that "Six Pack Onstage" is a pretty low competition keyword, once indexed those pages should have no problem ranking well very quickly. So in all seriousness, if you're with LCCMF, VYO or VSO and you're reading this post, please do contact us if you'd like any help in this area. (And hopefully this post will help) Before I get off this tangent, I think it's worth noting that with these other sites' pages not ranking, they've left space for some other unrelated, but interesting results to come up (it gets weirder if you search with quotes): 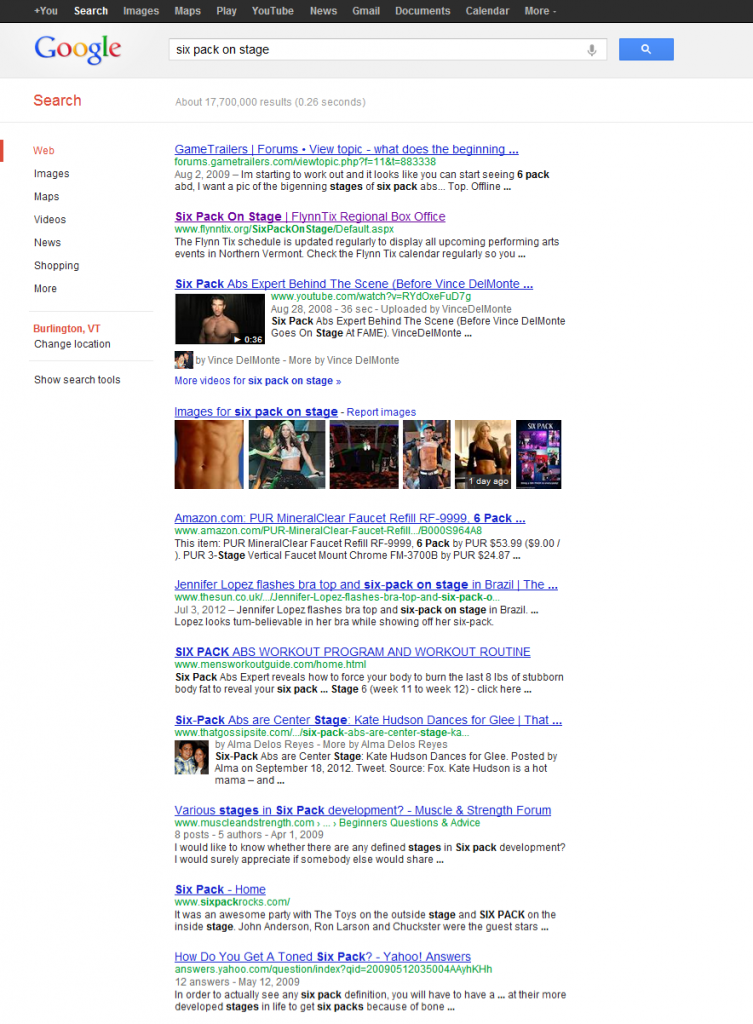 On a more serious point, I'm glad to see that they're ranking #2 for "Six Pack On Stage", even though FlynnTix actually spells "Onstage" as one word. When you search that way, "Six Pack Onstage", the page is ranking #1. Getting back to the slick ordering system our designers and developers created for this new endeavor, aside from the slide open functionality (seen in the first screen shot above) to select shows from each presenter, we had to build in a nice overlay window pop-up to display more information for each individual show, without actually making "pop-ups" (which I'm sure you know are blocked by most modern browsers. See an example of what our 6 Pack On Stage overlays look like below: 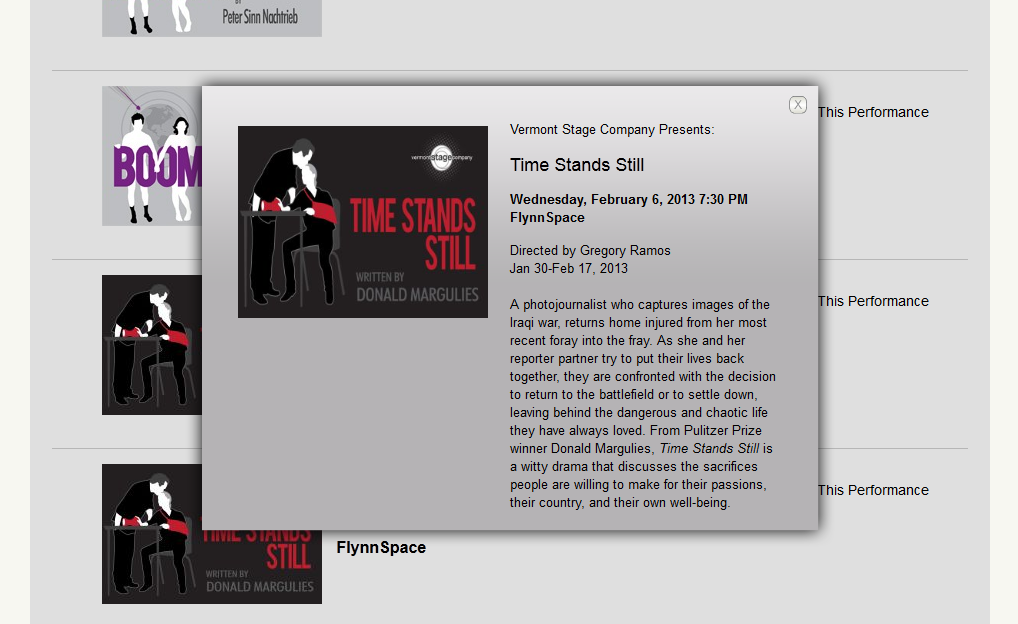 Head on over to Six Pack On Stage now to take advantage of this great deal and of course let us know in the comments below what you think of the page.