Skip to Content
Summary: Since October 2011, Yahoo!'s search results have been powered by Bing. But despite using the same search ranking algorithms, the search results on the #2 and #3 search engines are still quite different. Today we use a couple of side-by-side comparisons of search results as case studies to discover what the differences are and what is causing them. 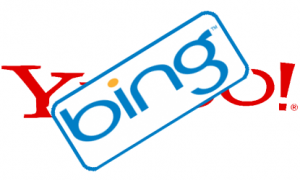 Yahoo! has been on quite the journey over the past several years trying to keep its head above water as Google seemingly takes over the world.  This summer their new CEO announcement even made mainstream news headlines because they had poached longtime Google exec Marissa Mayer. Prior to that, there were other major announcements that few outside of the search industry probably even heard about. First, in 2010, Yahoo! handed the keys to their search advertising over to Microsoft to be managed through MS Adcenter. Then a year later (and just one year ago), Bing began powering Yahoo!'s organic results as well. So for the past year, Yahoo! hasn't had any control over their own search results - organic or paid.

Presumably if Bing powers Yahoo!'s search results, the search results for each should be identical (style aside), but that's never been my experience, so I thought it might be helpful to review a couple of random examples today. There are of course a variety of reasons (budgets, ad auction, etc.) that you won't see identical ads, so let's leave those aside. We should also ignore, for the purposes of this post, when image/video/shopping results and the like are displayed within organic results. These now appear to be pulling from the same places, but styling issues mean more/fewer sample photos/videos/products are shown on either engine. There is value in exploring these other items at another time, but today I'd like to focus specifically on standard organic results. Again, if the same ranking algorithm is being used to produce the results for both search engines, shouldn't the organic results themselves should be identical? I would think so, but that's not what I'm seeing. Let's first take a look at the search results on Bing and Yahoo! for "ginger ale" (What? I'm trying to make it random and it was the first thing I saw on my desk!) 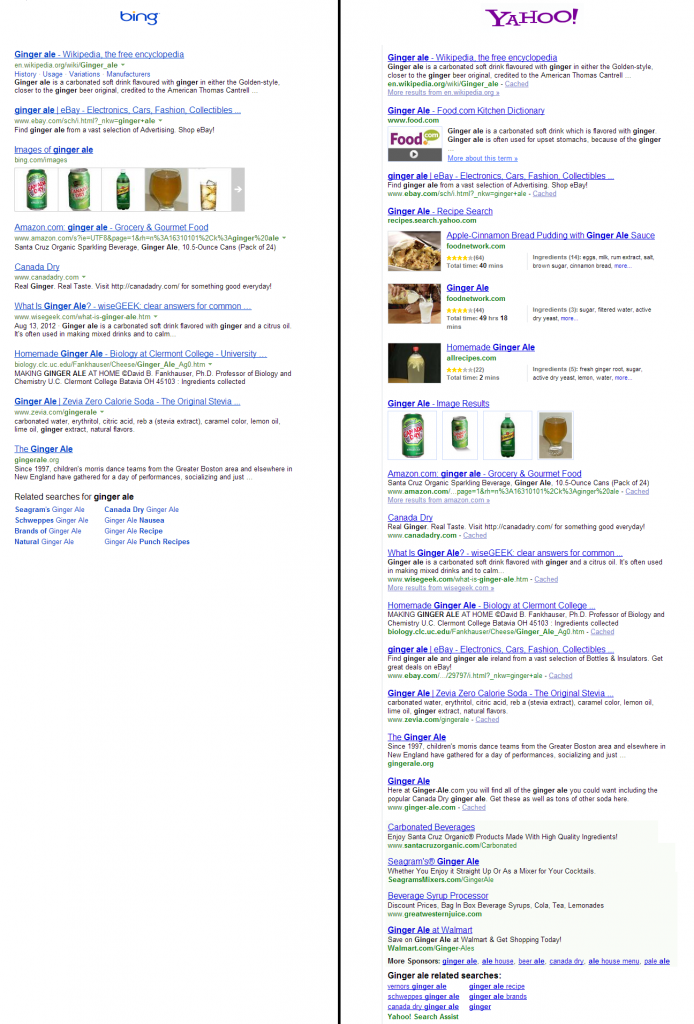 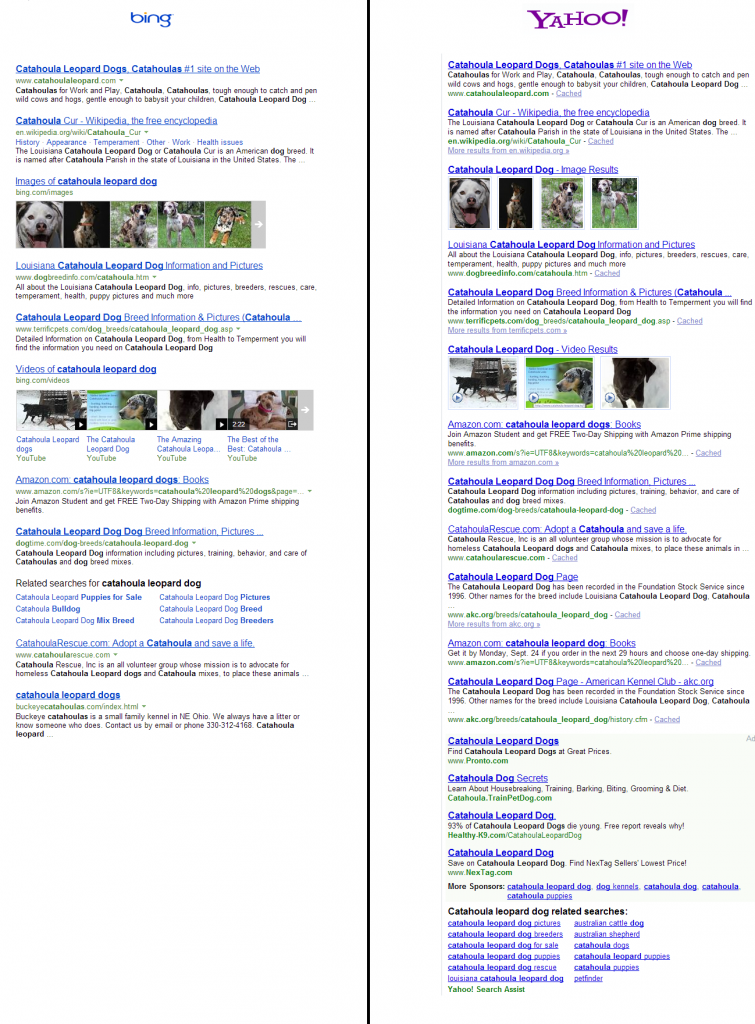 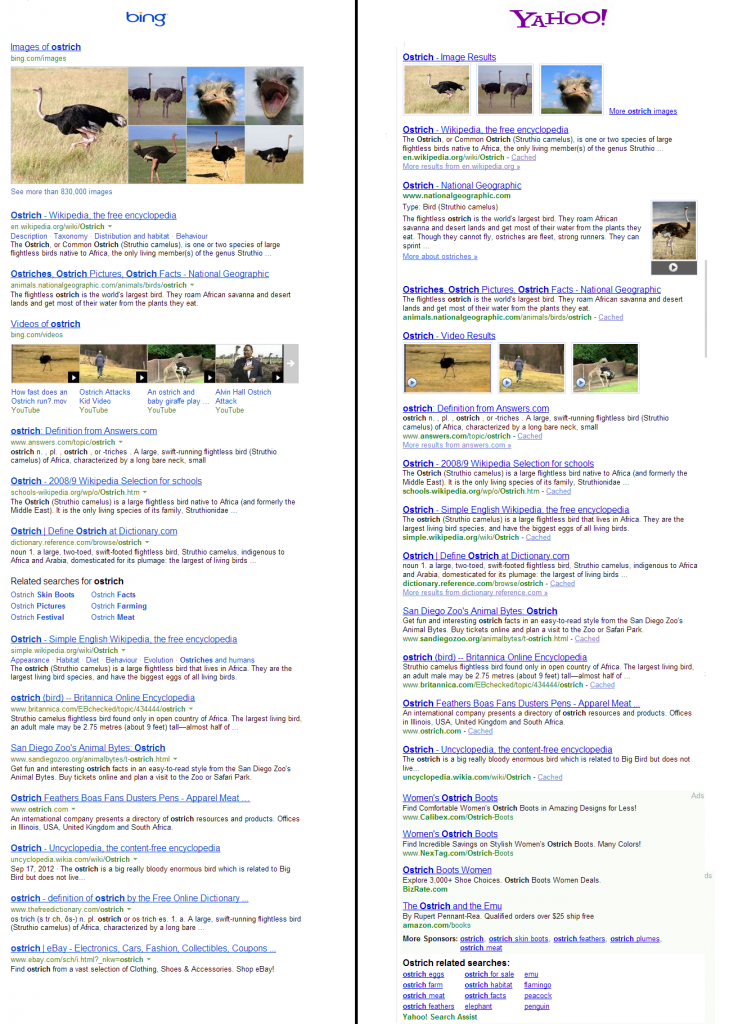 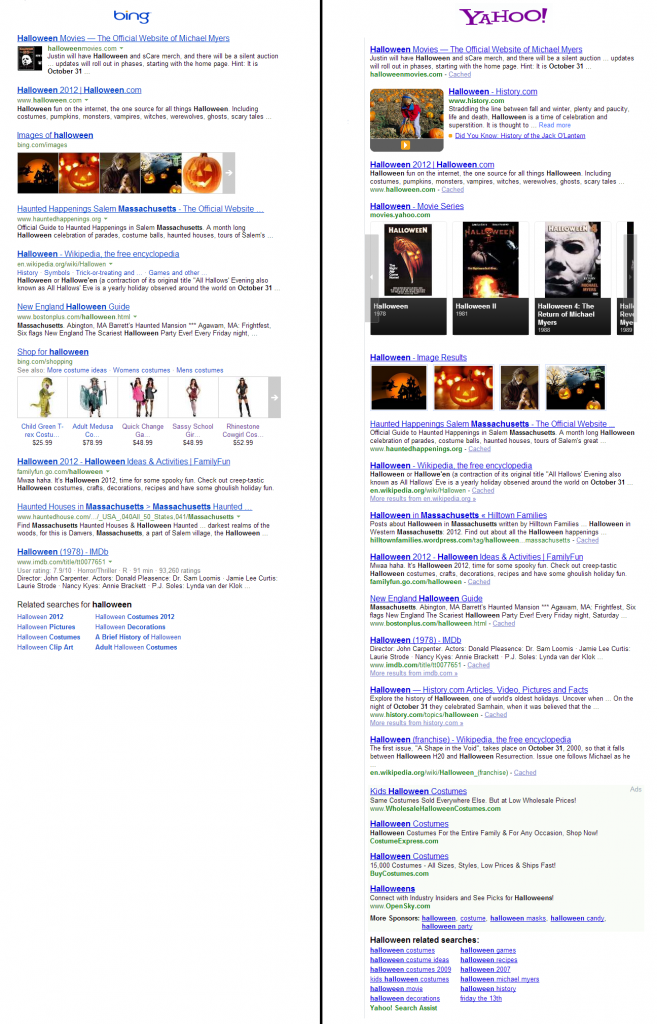 So what do these simple case studies tell us? That despite being told, even in the footer of Yahoo! search results pages, that Yahoo is now powered by Bing:

... it's a little more complicated than that.

Given all the variation in results that one might expect to be identical, I think there are a couple of things in play. For starters, Yahoo! still has some of it's own services (recipes, shopping, movie info, etc.) that it maintains rights to incorporate into organic results. I assume Yahoo! insisting on keeping these as part of their agreement with Microsoft. I would chalk other inconsistencies in regular organic results up to testing. It's no secret that all search engines test user interaction to determine what works and what doesn't and then over time they modify their results accordingly. Given that Bing does clearly "power" Yahoo!'s results, "testing" is my best guess as to why even the standard 1-10 organics, when you strip everything else away, don't match up precisely. On a related side note, it'll be interesting to see what CEO and new mother as of 11 days ago, Marissa Mayer had to say to her employees during yesterday's "Goals All Hands" meeting. Yahoo! has yet to publicly lay out what their future plans are, but the fact that they abandoned both paid and organic search over the past two years (while Bing seems intent on attempting to put up a fight against Google), would seem to indicate that they're headed off in a completely different direction. Then again, Mayer was with Google since the beginning so if anyone could get Yahoo! back in the search game, it might be her. Still, it seems like too much of an uphill battle and I would think a wise exec would recognize that. Time will tell. By the way, if you noticed anything, er, interesting about the shopping results on Bing for the "halloween" search, you're not alone - but I'll be posting about that as a separate item shortly. Stay tuned!